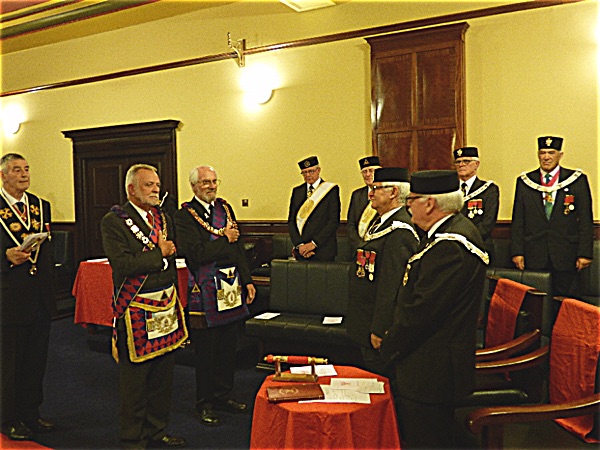 In an historic meeting, Geoff Davies, First Grand Principal of the Supreme Grand Royal Arch Chapter of New Zealand was welcomed into the Harwood Chapter of the Antient and Accepted Rite for New Zealand by the Sovereign Grand Commander of the Order, Brett Delahunt, on Wednesday 30 March 2016. Geoff was accompanied by the Superintendent of the Wellington District, Ken McQueen. Both are members of the A&AR.

In his welcoming comments Brett spoke about the importance of the respective Orders recognising each other and the contributions they both make to extending the Masonic journey and experience of every Craft Mason who joins them. Geoff emphasised out just how important the common membership was to the furtherance of Freemasonry. In particular he referred to the number of Members of both Orders who fulfilled the leadership and governance roles in their Craft Lodges. He pointed out that members of Harwood Chapter present included Norman Richards PGZ, a member of Supreme Council of the 33º, Brian White PGSupt, Lieutenant Grand Sovereign Commander of the Order, Jack Price GLec, honorary member of Supreme Council, Phil Brooke PGH, Secretary of the Chapter, Alan Hart PGLec, Treasurer of the Chapter, as well as many other Companions and senior officers of the Royal Arch. Nearly all present were members of both Orders. 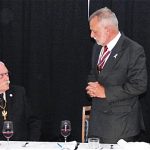 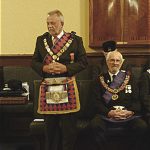 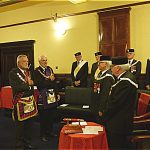 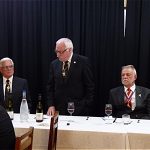