VEComp Henri-Noel Venturini was installed as First Principal for the fourth year in succession, with VEComp Graham Haxell installed as Second Principal while EComp Terrance Hogan took the chair of 3rd Principal. 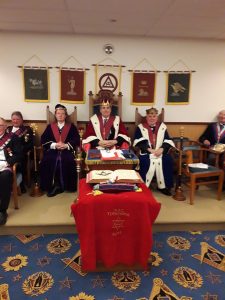 A most enjoyable evening of work however the Northland contingent did not stay for refectory proceedings as the weather “was not what they were used to” and were faced with a longer than normal 2 hour drive home with road works littering the route. 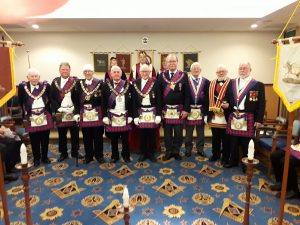