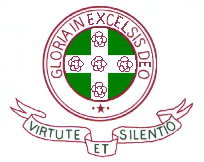 The Royal Order of Scotland

Records of the Grand Lodge of England show that the Order was active in London in 1741, and in 1750 a Charter was issued to a William Mitchell to work the degree at The Hague.  Mitchell moved to Edinburgh in 1752 or 1753 and used the Charter to establish a Provincial Grand Lodge of the Order there.  In 1767 that body became the Grand Lodge of the Royal Order of Scotland.  Thus the Order can claim seniority over every other Masonic Order except the Craft.  It has existed in New Zealand since 1919.

The Traditional History of the Order, which must not be mistaken for actual history, represents the First Degree as dating from the time of King David I of Scotland, and the Second Degree as instituted by King Robert the Bruce on the battlefield of Bannockburn, on the 24th of June 1314, to commemorate the valour of a band of Templar Knights who had rendered him signal aid in that great victory.  These Templars were refugee survivors who had sought safety in Scotland after the downfall of the Order of the Temple and the murder in Paris of the Grand Master Jacques de Molay in March of that year.

The Grand Master of the Royal Order is the hereditary King of Scots.  While there is no King of Scots the head is the Deputy Grand Master and Governor of the Order, currently Sir Archibald Donald Orr-Ewing, 6th Baronet of Ballikinrain and Lennoxbank.

The essential and universal qualifications for applicants are:

The first two requirements cannot be altered by any Province, but some Provinces do not require profession of the Trinitarian faith.

In addition to these fundamental requirements, Provinces are free to impose additional conditions, and many do so, the most common being the requirement of membership of the Holy Royal Arch. Some Provinces require candidates for membership to be members of the Order of Knights Templar or the Red Cross of Constantine.  The Province of NZ Central does not require those additional qualifications.

Most importantly, membership is by invitation only.

Dress for meetings is dark lounge suit or Highland Dress.  A number of members regularly wear traditional Scottish dress, trews or a kilt, or a tartan tie.

Alternatively talk to any member of our Order.