THE CRAFT AND ROYAL ARCH MASONRY

Your qualification as a Master Mason enables you to join a Royal Arch Chapter.

The Grand Lodge of New Zealand has a special relationship with the Supreme Grand Royal Arch Chapter of New Zealand. Rule 71 of the Book of Constitution recognizes six degrees as Pure Ancient Freemasonry and the degrees of Mark Master Mason, Excellent Master and the Royal Arch are considered an extension of Craft Masonry.

The Grand Master is the head of Craft Masonry in New Zealand.

All business in a Craft Lodge, except Degree Work, is conducted in the First, or Entered Apprentice Degree and a Candidate, once admitted a Freemason, may attend all regular meetings. Lodge members are called Brethren.

The Supreme Grand Royal Arch Chapter of New Zealand controls the Degrees of Mark Master Mason, Excellent Master, the Royal Arch, the four Degrees of the Cryptic Council, the Royal Ark Mariner Degree, and the Red Cross of Babylon Degrees.

The First Grand Principal is the head of Royal Arch Masonry in New Zealand.

Three Principals jointly govern a Chapter and each Chapter is part of a District governed by a Grand Superintendent. District are grouped into three Divisions overseen by a Grand Principal. The First Grand Principal presides over Supreme Grand Chapter.

The structure of the degrees under the Supreme Grand Chapter of New Zealand with some of their symbols are shown in the following table.

The Degree of Mark Master Mason 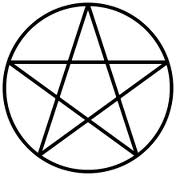 The Degree of Excellent Master 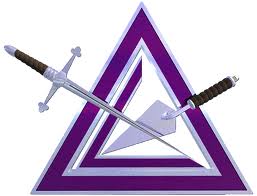 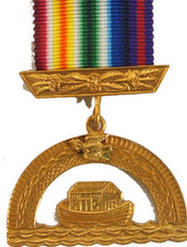 The Degree of Royal Ark Mariner

The Red Cross of Babylon Degrees

The Degree of the Holy Royal Arch

Conducted in a Chapter of Royal Arch Masons
Under the control of the First, Second and Third Principals

The Order of the Royal Arch is a continuation of Craft Freemasonry and together they constitute “pure Ancient Freemasonry.”

Royal Arch Masonry, like the Craft, is open to men of all faiths who profess a belief in a Supreme Being. It continues the process of self-improvement towards a perfect superstructure.

The Craft Mason is presented with a series of practical principles and tenets by which he may hope to live a life pleasing to his Supreme Being and of service to his fellow man. The spiritual aspect of his nature is introduced in the Third Degree when he is led to a contemplation of his inevitable destiny. This becomes the central message of the Royal Arch Degree.

Based on stories of the Old Testament, the Degrees take the Candidate from the building of the Temple of King Solomon to the aftermath of its destruction when the Jews were carried into captivity. Ultimately Cyrus, Emperor of Persia, granted them permission to return from captivity in Babylon to rebuild the Temple at Jerusalem. In clearing the ground of the original Temple for the new foundations the Candidate makes a number of discoveries which, without transgressing the bounds of religion, lead him to contemplate his personal relationship with his Supreme Being.

In this sense, “pure Ancient Freemasonry” can be seen as a journey of discovery and self-knowledge, with the Royal Arch expanding the practical lessons of the Craft and extending the philosophical teachings.

Further contemplation of his spiritual nature assists the Craft Mason to reinforce and support the lessons he has learned to guide him on his journey to perfection. This process of integration serves to enlighten and guide his progress through the Degrees of Royal Arch Masonry and beyond.

Much significance is attached to the threefold nature of Royal Arch Masonry, in its governance and in the internal development a Candidate undergoes.

The system of Royal Arch Masonry has three ceremonies.

There are many benefits that await you in the Royal Arch. It is considered to be the copestone of the whole Masonic Structure. As sharers in something valuable all Companions feel a sense of unity and fellowship. You will be warmly welcomed.