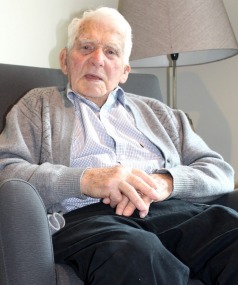 Francis Davis, 96, is the longest serving active member of Freemasons New Zealand with 75 years under his belt at the Hauraki Plains Lodge.The former Mangere man was officially recognised for his service on September 30.

“[The Freemasons have] got a little bit more open now,” he says. “It’s not the secret society it once was.”

Freemasonry began about 300 years ago in Europe when stonemasons formed a group to share their skills with worthy apprentices.

The first New Zealand meeting was held in 1837. The philanthropic organisation has evolved but still keeps the same principles of kindness, care and honesty.

Affectionately known as Chum, Francis was born in Wellington and grew up in the small town of Kaihere in the Hauraki Plains.

“It was pretty rough in those days. There were no roads.”

His father was a Freemason and ran the Kaihere store.