A guide to becoming a Freemason in New Zealand

Research is a key step when making the decision to join Freemasonry! Below are some useful resources for you to explore.
Read the latest Freemasons NZ Magazine

What is Freemasonry?
Freemasonry is one of the world’s oldest and largest fraternal societies. It provides a code of living in today’s society based on moral and ethical standards. Freemasonry is an organisation of men who strive to live by the fundamental principles of integrity, goodwill and charity. It is a non-profit organisation that is heavily involved in supporting charity and community service. Freemasonry is a society that unifies men of high ideals, regardless of colour, creed or worldly status.
What kind of charitable works are Freemasons involved in?
Freemasons of New Zealand are involved with organisations who support the elderly, care for the young, inspire medical research, help those affected by natural disaster and much more. Specifically in New Zealand:
Is it a secret society?
No. This is a misconception. There is nothing ‘secret’ about Freemasonry. Until recently the policy was for members to be rather discreet about the organisation, their community work and even their membership but times have changed. The so called ‘secrets’ of modern Freemasonry are used solely as a ceremonial means of demonstrating that one is a Freemason when in Lodge Meetings. The real point of a Freemason promising not to reveal them is basically a dramatic way of testing the good character of those who join – to become a Freemason requires a person to continually observe, with total sincerity, the high ideals of integrity, goodwill and confidentiality.
Is Freemasonry a religion?
No. Freemasonry is not a religion. Freemasonry is made up of men who come from many different religions and there is nothing whatsoever in being a Freemason that conflicts with a member’s religious beliefs and practices. However, to be a Freemason you must have a belief in a “supreme being”. Traditionally there is a bible (or bibles) in all Lodge Rooms. Provisions are made for the presence of the appropriate Holy Books, according to the beliefs of members. This is because Freemasonry is truly a non-sectarian organisation.
Is it true that Freemasonry is anti-Semitic or anti-Catholic?
No. Freemasonry promotes unity and tolerance amongst all men and does not discriminate against any religion. The principles and practices of Freemasonry are compatible with all compassionate religions that teach respect for the deity and tolerance towards one’s fellow man. If anything Freemasonry complements the philosophies of these faiths. There are many practicing Catholics and Jews who are Freemasons.
What does Freemasonry offer me personally?
Freemasonry offers men an opportunity to develop insights into philosophical ideals, which espouse the core values of prudence, temperance, fortitude and justice. Prudence is to help us make the right decisions; temperance keeps us on the straight and narrow; fortitude promotes self-confidence and strong self-esteem; and justice provides us with guidance in life. Members are also provided with training in self-development, which includes public speaking, mentoring, tolerance, communication skills and self-confidence.
Who can become a Freemason?
The basic qualifications for becoming a Freemason are that your decision to join is made without improper inducement by others, nor for personal gain or reasons of idle curiosity; that you believe in a ‘Supreme Being’ and that you are a law-abiding person and over the age of 18.
Is Freemasonry only for men?
While partners and families are involved in Freemasonry, and very important to our organisation, it is only males that can apply to become Freemasons.
What about my family?
Family and family values are an important part of a Freemason’s life and women and family are frequently invited to take part in Masonic social activities.
How should I explain Freemasonry to my partner and family?
Tell your partner and other family members to look at this website. It will answer many of their questions. You or your partner can phone

04 385 6622 during business hours with any questions.
Why can’t women become Freemasons?
There are other organisations that are strictly for women, and we agree with, and support their right to be 'strictly for women'. We feel confident that they, and other well informed people, would support our right to exist as we do. Family and family values are an important part of a Freemason’s life and families are frequently invited to take part in Masonic activity and the day-to-day workings of the Lodge. Freemasonry can provide men and their families with a fun and active social life with like-minded people from all walks of life. Freemasons are very appreciative of the support our partners and families give us as it is vital to our development as Freemasons.
Are there similar organisations for women?
Yes. “The Order of the Eastern Star” is for women and it operates with similar characteristics to Freemasonry.
How much does it cost to become a Freemason?
As with all organisations, annual fees are expected of members but are reasonably priced. These fees may vary from Lodge to Lodge depending on the style which a Lodge chooses to adopt.
What happens at a Lodge meeting?
Lodge meetings are held regularly (often monthly) and like any organisation there is a business element with minutes, accounts and plans for forthcoming events and charity activities to be addressed and discussed amongst members. Lodge meetings are also ceremonial and involve a series of formalized and symbolic presentations (similar to short plays) that use drama to highlight the codes of conduct by which a Freemason strives to live. Freemasons have a traditional mode of dress which is worn during meetings. The final part of the meeting usually involves members sharing an enjoyable meal together. Apart from these meetings, most Lodges organise regular social activities for families and friends, such as dinners, sports days and picnics.
Where can I obtain more information on Freemasonry?
You can call the Grand Secretary on

04 385 5741 or look under “Freemasons” in all major phone directories if you would like to talk to someone or find out more.

Check out our social media accounts for more...

Or come in and see us at our National Office in Wellington.

Want to get in touch?

If you give us some basic contact information, we can connect you with Freemasons local to you (you need to be resident in New Zealand to become a Freemason in New Zealand).

At this point you will have the option to attend social gatherings and meet-ups in your area.
From there, an interview will be arranged at your local lodge.

If both parties accept, you’ll be entered into the craft and become a Freemason! 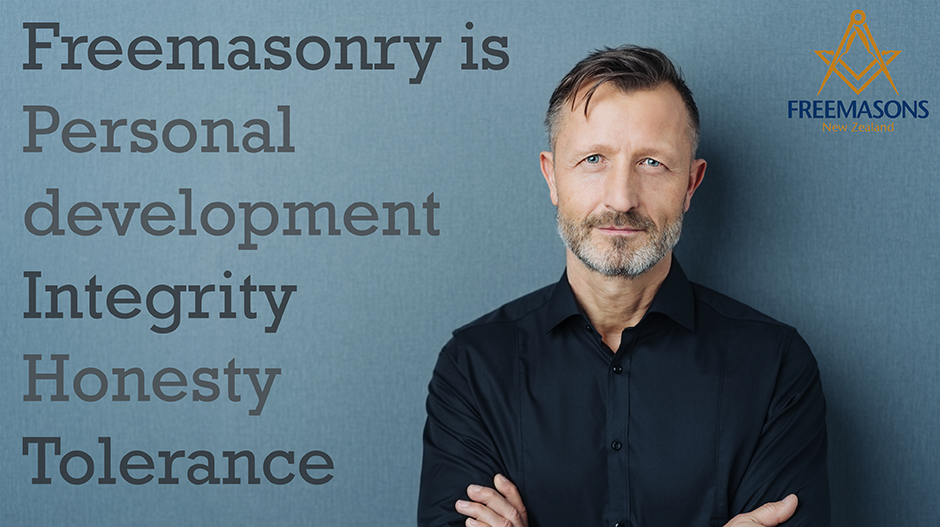 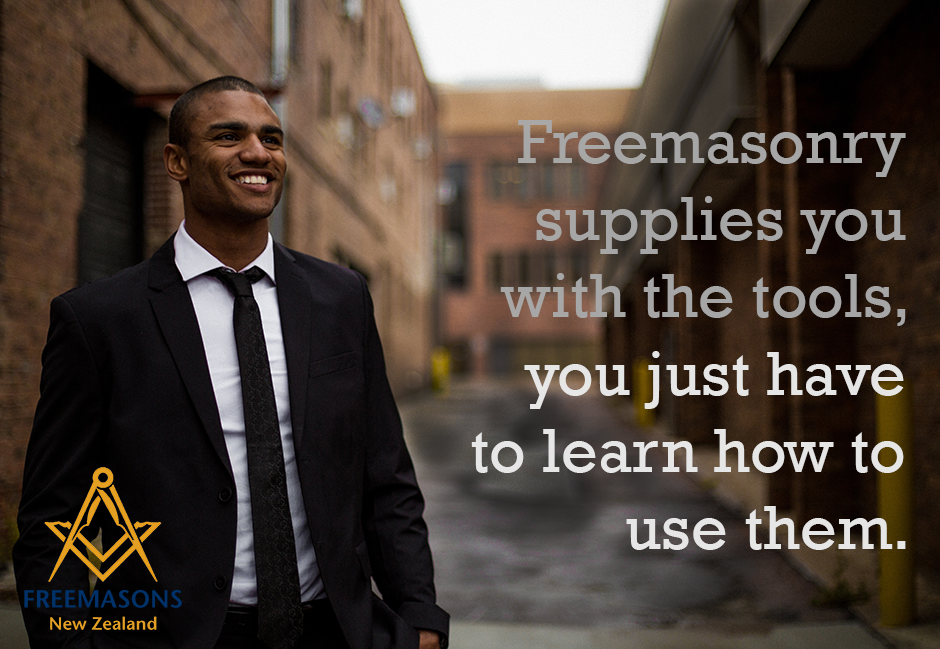 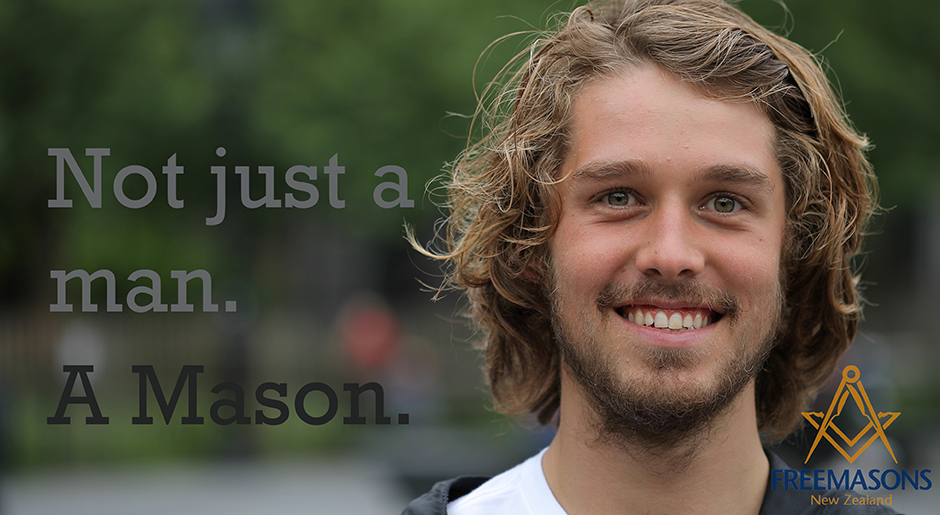