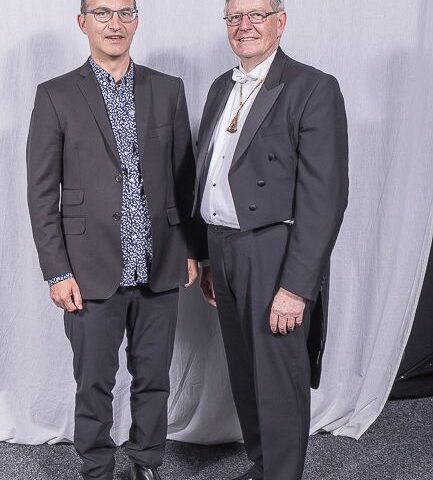 Continued support for brain disorders by Freemasons, Freemasons New Zealand, The Freemasons Charity and the Freemasons Foundation have given millions of dollars for medical research in this area with a further recent donation to the Centre for Brain Research of over half a million dollars.

A kiwi father of two Andy McDowell, who is undergoing radical brain surgery in a bid to help control the symptoms of Parkinson’s Disease, gave a moving speech about the impact of medical research has had on his life at the Grand Banquet at The Grand Installation of Freemasons New Zealand. I has helped him regain some control over his body, and reduce his facial masking, which he says made an enormous difference to his quality of life. He can now take care of his kids and even drive them to school. We all noticed the difference in Andy as he talked to us compared with his situation previously as illustrated in his video.