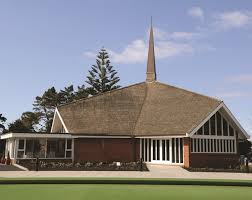 The Edgar Faber Memorial Chapel/Chapel of the Good Shepherd

Nearly 90 Freemasons, Partners and Friends attended a service commemorating 50 years of the Chapel at the former Roskill Masonic Village.

The Founding Trustees of the Northern Masonic Association Trust Board were remarkable in not only conceiving the idea of a Village but also in perceiving the need for a Chapel.

The Village came first. With no Chapel on site, a Thanksgiving Service was held at the Cathedral Church of St Mary of Auckland on Sunday 12 March 1961 on the occasion of the Official Opening of the Roskill Masonic Village.

Services were then held on site, in the Residents’ Lounge. Some of you will remember that room with its view out towards the flag pole and the rose garden. Perhaps you attended one of the weekly services.

It wasn’t an ideal situation so the fundraising began for a dedicated Chapel. The plans were drawn and in 1966 the contract was let for the building work. It was expected to be completed in 30 weeks.

But as with all building work it took longer. The building was not officially opened until 24 February 1968, two years later. Fifty years ago yesterday.

We are here today to celebrate that important milestone.

The opening was a grand affair with the Governor General, Sir Arthur Porritt and Lady Porritt. And in keeping with an ecumenical church, a number of faiths were involved. The consecrating Chaplain was Rev Alexander (Sandy) Marshall, recently retired as the Minister at Somervell Presbyterian Church, with His Lordship the Bishop of Auckland, Eric Gowing, and His Grace Archbishop Liston also participating. The weather was perfect, just like today, with nearly 2,000 Brethren and their wives present.

One of the Northern Board’s founding Trustees and the first Chairman had been a prime mover for the Chapel. He did not live to see it finished but in recognition of his foresight, the Chapel was named in honour of him, The Edgar Faber Memorial Chapel.

This building has many happy memories for us all, whether just in normal worship, or because of personal connections with all the marriages, baptisms and funerals held here.

Some features stand out.

The beautiful leadlight window in the East was a present to the Village by the Trustees of the ASB.

The four small windows represent the Coats of Arms of the four Constitutions, the Grand Lodges of England, Scotland, Ireland and New Zealand.

The Chapel Organ dedicated on Sunday 12 October 2003 in the memory of the Very Reverend John Rymer, Past Chaplain of the Village.

Throughout the chapel can be seen examples of the striking furniture, beautifully crafted by Warren Howard, the most recent addition being this Reserve Sacrament Box to my left, presented in November 2012.

There have also been a number of people involved over the years in running the chapel. Just a few of the names (and apologies that it is not a full list) will bring back memories:

There have been many changes over the last fifty years and there will continue to be changes over the next fifty years as society continues to develop. Since November 2005, the Selwyn Foundation have treasured this building as the Masonic fraternity did before them. We are grateful to the Selwyn Foundation for their continued support of Lodge attendance at Sunday worship.

We all have our own memories of this building and all that has happened within it but let me close with a story from the past.

One past Chaplain, The Rev Ernie Walsh, had a prolific memory. He was able to quote poetry and scripture by heart. Mrs Walsh would sit in the rear pew and, when the time was right, she would hold up her left hand, tapping her wrist watch indicating it was time for her husband to stop talking.

On that note, I too take my leave – I do hope you will join us for morning tea adjacent and lets continue to reminisce about the first fifty years of this Chapel.