We all need a little TLC- Teddies for Loving Care 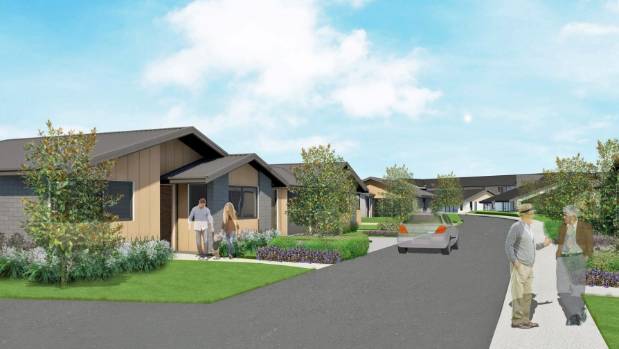 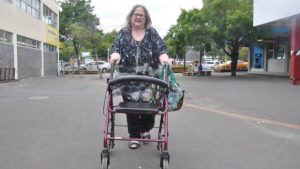 The Masonic Villages Trust today announced it would be building the  facility in central Wainuiomata.

That is good news for the 75 year-old, who has mobility issues and lives in unsuitable rental accommodation.

An artist’s impression of the $50 million retirement village (above). The local community has lobbied for a facility for 25 years.
“The place I am in is very difficult for me to get in and out of. The rent is quite high as well.”

It will allow Brown to stay in Wainuiomata, near her children. She hopes that living in a purpose-built facility will also give her back her independence.

The planned village will house around 200 people in retirement villas, a rest-home, hospital beds, care suites and serviced apartments.

Wainuiomata, which has a population of 16,700, has been without  rest-home facilities for many years.

Labour list MP Ginny Andersen said a retirement village was  good news for the area. The 100 jobs would  be welcomed and it would  also stop families being split, when parents were  forced to move to Lower Hutt due to the lack of facilities.

Masonic Villages Trust chief executive Warick​  Dunn said there would  be 80 single-story villas in single, two- and three-bedroomed options. The rest home and hospital would  provide beds for up to 60 residents and it would become one of the largest local employers.

The facility received resource consent last week and Dunn hoped it would  open by spring 2019.

The council had been very supportive in making land available and he acknowledged the role played by the mayor.

“I am particularly grateful to Mayor Ray Wallace, who has personally championed the village ever since we first became involved.”

“We believe we perform an important social role by providing quality accommodation and care to older people with a wide range of interests, lifestyles and budgets.

“Our villages tend to be smaller than would be economic for commercial operators. This enables us to support residents of suburbs and provincial towns who wish to retire in a village where they are close to friends and family,” Dunn said.

Wainuiomata Ward Cr Campbell Barry said it was  good news for local families and was  an acknowledgement of the hard work put in by various community groups and individuals.

“A retirement village has long been needed in Wainuiomata. Families will now be able to stay together. I’m grateful for the advocates in the Wainuiomata community who have been pushing for this, especially groups like Greypower Wainuiomata.”

Andersen said she had first-hand experience of how hard it was  for older residents who are forced to move out.

Her mother-in-law had to go to Manor Park everyday to visit her husband who was in a dementia unit  there.

“She had to catch trains and buses and she gave up visiting in the end because it was all too stressful.”

* The Trust was established by the Freemasons in the 1960s to benefit the whole community. It has villages in Taranaki, Manawatu, Horowhenua, Wairarapa and Lower Hutt. Its most recent development was Woburn Apartments, a boutique retirement community in Lower Hutt, completed late last year.