Le Quesnoy – our place in France 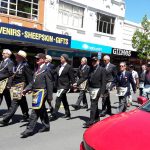 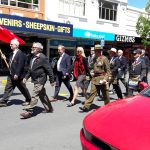 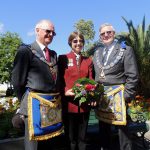 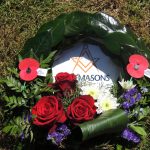 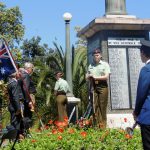 Our Grand Master Mark Winger joined other Freemasons and the public in a 100th Anniversary of Armistice Day Street March in Nelson and afterwards laid a wreath from Freemasons New Zealand at the Cenotaph in Nelson.

It was an impressive sight and brought about much favourable comment and lots of questions from the public about Freemasonry. Opportunities abound for the wearing of regalia on similar special occasions.